A 61-year-old woman became the 21st Covid-19 fatality in Vietnam on Friday morning even as six more people were diagnosed with the disease. 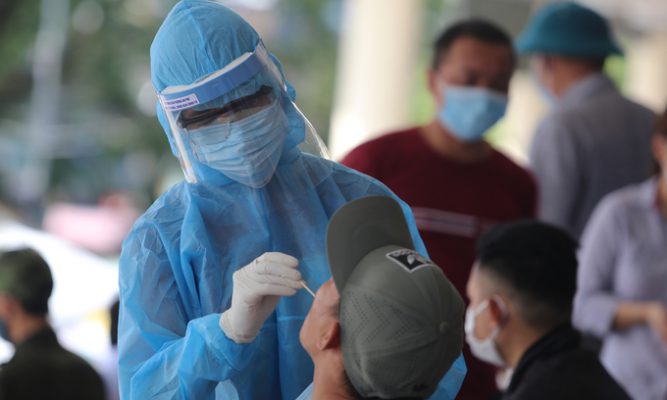 She was a resident of Hoa Vang District in Da Nang City, the epicenter of the current outbreak.

All 21 people who have died, all of them since July 31, suffered from various chronic diseases, with renal failure being the most common. The youngest was 33 and the oldest, 86.

Of the six people diagnosed with the infection on Friday, three are in the northern Hai Duong and Thai Binh provinces, and the rest in Quang Nam Province next door to Da Nang.

A 59-year-old woman from Thai Binh and a 72-year-old woman and 17-year-old man from Hai Duong work at the same restaurant in Hai Duong, and had contact with a man later diagnosed with Covid-19.

The three patients in Quang Nam are the husband, 79, daughter, 38, and six-year-old grandson of a woman who was diagnosed earlier with the disease and is being treated.

Since July 25, when local transmission returned after three months, 444 cases have been found in 15 cities and provinces, including Hanoi and HCMC. Da Nang accounts for 310.

All except for the Hai Duong patients, whose source of infection is yet to be confirmed, are linked to Da Nang.

More than 172,000 people who have either returned from abroad or were in close contact with infected people are in quarantine.

The global death toll has risen to more than 752,500 while more than 21 million have contracted the disease.