Have you ever smelled the smoke of cigarette smoke when you entered an elevator while someone smoked it not long before? Then, you are inhaling secondhand smoke without even realizing it!

This new form is very different from the familiar concept of passive smoking (inhaling the smoke of others) but equally harmful. Join Envroy Vietnam to find out right now.

What is thirdhand smoke?

Unlike direct smokers and secondhand smoke (secondhand smoke), thirdhand smoke is a form of introducing harmful substances into the body by contact with objects that are exposed to smoke. Substances in tobacco smoke can react with pollutants already in the air to form potentially carcinogenic compounds. Secondhand smoke is very harmful to the health of non-smokers, especially children.

Why is exposure to smoking objects dangerous? 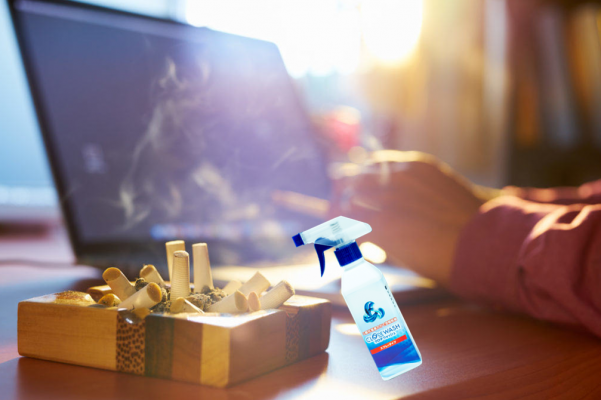 The joint surgeons report in 2006 showed that tobacco exposure has many risks. The reason is that tobacco smoke contains up to 250 toxins, including lead. Other research shows that being exposed to small amounts of cigarette smoke can also decrease your IQ.

Tobacco contains cyanide, a substance used in chemical weapons. This substance actually interferes with hemoglobin, also known as hemoglobin, is a substance located in red blood cells that is responsible for carrying oxygen from the lungs to the body. Tobacco also contains arsenic, a poison that humans use to kill rats.

After smoking, the smoke will stay for a long time on the smoker’s body, clothes and hair. That is not to mention household items such as curtains, walls, beds, doormats, cars and other surfaces that are also smelly. Children and non-smokers can be affected when they breathe, eat, and come into contact with objects.

The amount of cigarette smoke will accumulate on the surface of the item over time. We cannot clean them by the usual way like opening all the doors to the air, using fans or air conditioning. There is only one way we protect our health by creating a smoke-free environment everywhere, whether it’s in our own homes, in cars or in public places like hotels and restaurants.

Even when smoking a cigarette, the harmful substances in cigarette smoke remain. According to research, most smokers are unaware of smoking indirectly, which can be dangerous to the health of infants and children. In a random survey of 1500 people on the harmful effects of tobacco, only 65% ​​of non-smokers and 43% of smokers agreed that “breathing the air in a room that smelled like cigarettes from yesterday can be harmful. for children’s health.

Why are children more at risk than adults when they touch objects that smell like smoke?

Only the developing human brain is susceptible to low level poisoning. Babies and young children are very exposed to surfaces such as floors. Babies tend to touch or even suck on contaminated surfaces, especially at the age of teething. Children are more likely to ingest twice the amount of dust than adults because they breathe faster and play closer to dusty surfaces. As a result, tobacco smoke harms children more than adults.

Animal studies like rats have shown that exposure to toxins in cigarettes is the leading cause of sudden infant death syndrome (SIDS). The hypothesis for the above cause is respiratory depression.

Which place or item is most likely to make you smoke indirectly?

Wherever there is an enclosed space, you should also pay attention because it has the potential to also store a very large medicinal odor.

With the above reasons, you should not hesitate anymore, but immediately stop smoking habits with the article: Journey to 7 successful smoking cessation phases.

All research is done with the desire that smokers can quit smoking, because this is the only way to protect the  overall health  of their children. We need to have sympathy for smokers and help them quit smoking, and hope for a future where there will be less cigarette smoke in public places.