In 20.7 million cases worldwide, the COVID-19 epidemic is complicated in Southeast Asia

COVID-19 continues to be complicated in some Southeast Asian countries with thousands of new infections every day. Currently, the Philippines is the country with the highest number of cases in the region. 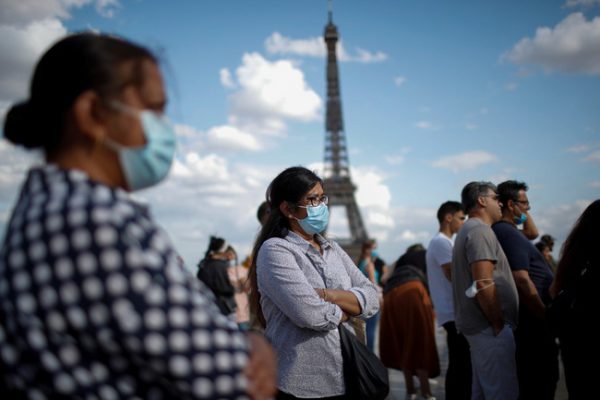 Up to 5:00 am today, according to US data, the total number of COVID-19 infections globally has more than 20.7 million people, about 750 thousand deaths.

Disease continues to complicated progress in some Southeast Asian countries with thousands of new infections every day. Currently, the Philippines is the country with the highest number of cases in the region. On August 12, the Ministry of Health of the Philippines said that in the past 24 hours, the country had recorded 4,444 new cases and 93 deaths due to the disease, bringing the total number of cases and deaths to 143,749 and 2,404 cases, respectively. . The Manila metropolitan area was the locality with the highest number of new cases per day with 2,168 cases, while the second highest locality, Laguna province, recorded 233 new cases.

On the same day, Indonesia announced 1,942 new cases, bringing the total number of cases in this country to 130,718 cases. Meanwhile, the number of deaths also increased to 5,903 cases, an additional 79 cases compared to a day earlier. This is the highest number of deaths in Southeast Asia.

In Northeast Asia, the epidemic situation in Japan is also complicated. On August 12, the Tokyo city government confirmed 222 more cases, up from 188 new cases the day before, 197 cases on August 10, and 331 cases on August 9. Tokyo and many other major cities in Japan, including Osaka, are continuing to see an increase in the number of cases since the government lifted a nationwide blockade in late May.

According to data from the National Health and Health Commission of China, there are 25 more cases in mainland China , of which 9 cases are inland, all in the Xinjiang autonomous region and 16 imported cases from foreign. In the past 24 hours, mainland China also detected 20 more cases with no symptoms, including 12 entries. Currently, the doctors are under medical supervision for 288 asymptomatic cases, of which 141 were imported from abroad. 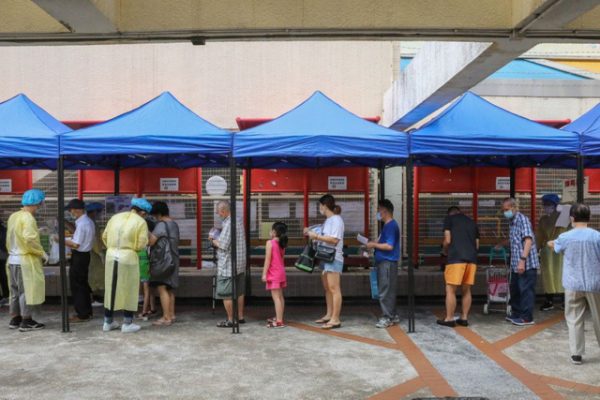 Israel has surpassed mainland China in the number of infections since the outbreak in early 2020. As of the morning of August 12, Israel had 86,147 cases. However, the number of deaths in the country is much lower than in mainland China, with only 622 cases.

Over the past 24 hours, Victoria, Australia had 21 more deaths – the highest ever, while the number of new infections was 410, ending the three-day sequence of new infections under 400. Cho Up to this point, apart from the two largest states, Victoria and New South Wales, the SARS-CoV-2 virus has been controlled in most states in Australia.

In New Zealand , nursing homes across the country have been blocked since August 12 due to concerns that this could become an outbreak after the country found a family of 4 in Auckland city infected with SARS- CoV-2 after 102 days in this country has no community infection. Such developments are making the New Zealand Government extremely wary of the danger of the disease spread when it is impossible to determine the source of infection of new cases. Officials of this country are posing the possibility of contamination from imported goods.

In Honduras , in order to tighten the anti-epidemic regulations, the Council of Ministers has passed a decree requiring all people entering the country by air to present a certificate of testing with negative results. calculated against SARS-CoV-2 virus. Testing must be issued 72 hours before they arrive in this South American country.

In Mexico , according to official statistics, the country has a total of 78 COVID-19 patients over 100 years old, of which 23 did not survive. If the experts believe that the elderly group is at high risk of death if COVID-19, what happened in Mexico proves the opposite when there are 53 patients aged 100-118 have conquer this disease.

In Europe, in the face of concerns about the second wave of infections, many countries have tightened, extended or re-imposed anti-epidemic measures. French Prime Minister Jean Castex said the country would extend its ban on gatherings of more than 5,000 people in public places until October 30. In the past 24 hours, France has recorded nearly 1,400 more cases and 15 deaths. As of March 1, the COVID-19 pandemic has claimed the lives of 30,354 people in France.

The Norwegian government said on August 12 that the country would re-impose quarantine measures on foreign visitors, and at the same time reiterated that people should avoid going abroad. Under the new decision, quarantine will be in place for 10 days from August 15, for all visitors entering from Poland, Malta, Iceland, Cyprus and the Netherlands, as well as the Faroe Islands and one number of regions in Denmark and Sweden. Norway has also re-imposed restrictions on Spain, France, Switzerland and several other countries.

On the same day, Sweden withdrew its recommendations from citizens not to make unnecessary trips to Austria and Liechtenstein, but maintained travel warnings to Britain and some European countries.