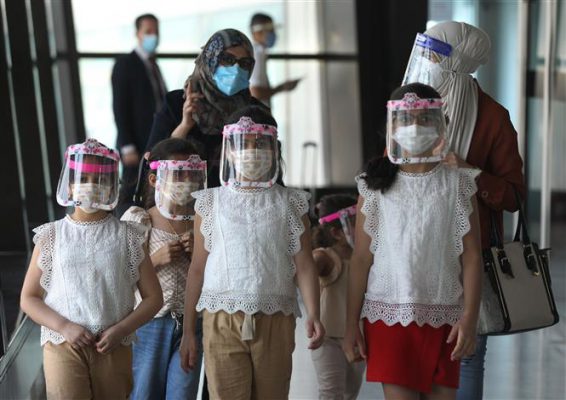 According to the statistics of worldometers.info, updated to 6 a.m. on July 27 (Vietnam time), the total number of new Corona virus infections (SARS-CoV-2) causing acute respiratory infections (COVID) -19) globally is 16,393,456 cases, of which 651,503 people were killed.

In the past 24 hours, the countries that recorded the highest number of SARS-CoV-2 positive cases in the world include: India (50,525 cases), USA (49,787), Brazil (22,657 cases), while India leads first in terms of deaths (714 cases), followed by Brazil (508 cases) and the United States (374 cases). Within 3 days, the number of COVID-19 infections worldwide has increased by 1 million cases and now more than 50% of the total number of infected people are recorded in the Americas and the Caribbean.

America is still in the COVID-19 spiral

The total number of infections in the US has risen to 4,365,496, while the death toll has also risen to 149,772. After showing signs of declining in the late spring, the rate of infection in the US continued to rise sharply, especially in the southern and western states such as California, Texas, Alabama and Florida. In the past 12 days, the number of new cases in the US every day has exceeded the threshold of 60,000 cases. Scientists say that about 3 to 4 weeks after the infection rate increases, the death rate will also begin to increase. In fact, the number of deaths per day in the US has consistently exceeded 1,000 in the last four days.

In Louisiana, out of 3,840 new infections on July 26 were confirmed to be community-infected. The number of deaths in this state has reached 3,651 cases. On the same day, Lauderhill City police in Florida, Corey Pendergrass died from complications related to COVID-19. 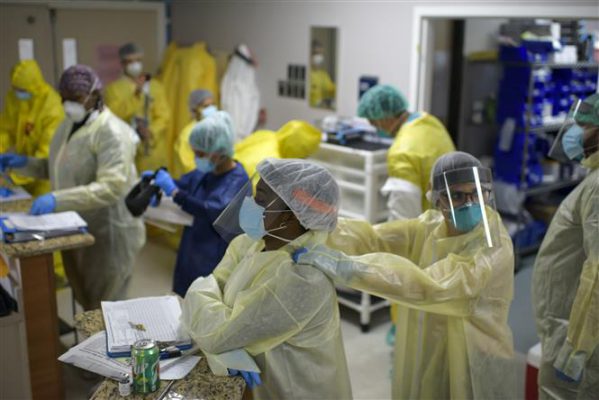 The country most severely affected after the US, Brazil, has recorded 2,419,091 million cases of COVID-19, of which 87,004 were fatal. Meanwhile President Jair Bolsonaro said he tested negative for COVID-19 after at least three times the test results positive since 7/7 showed he was infected with the virus.

Also in Latin America, the Peruvian Ministry of Health announced that the number of deaths caused by COVID-19 in this country had reached 18,030 people, an increase of 187 cases. Meanwhile, the number of new cases in the past day in Peru was 3,923 people, bringing the total number of cases to 379,884 people. From July 1, Peru ended its nationwide blockade and entered a step-by-step easing period to restore social activities and re-start the economy. Previously, Peruvian President Martin Vizcarra confirmed that the government had prepared every option to deal with the outbreak of COVID-19, even re-issuing a blockade order when things deteriorated. 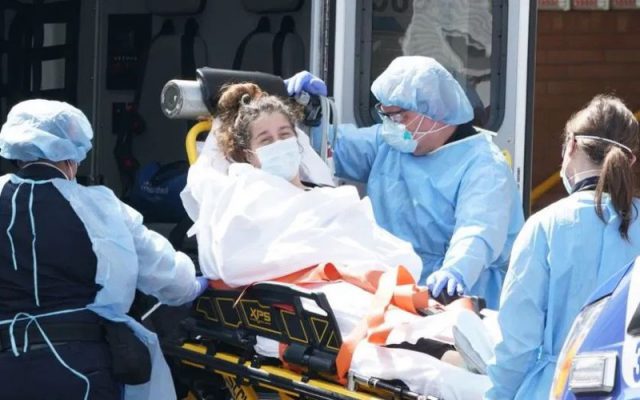 In Chile , the Ministry of Health of this country announced the discovery of 2,198 more positive cases for the SARS-CoV-2 virus, bringing the total number of COVID-19 cases to 345,790 people, of which 9,112 died.

The Costa Rican Ministry of Health also recorded 529 new cases and 6 deaths in the past 24 hours. Currently, Costa Rica has a total of 15,229 cases, including 104 deaths. Although the number of new cases shows signs of increasing, hotels in Costa Rica are still operating and the government also allows tourists from the European Union (EU), UK and Canada to enter from August 1. next. 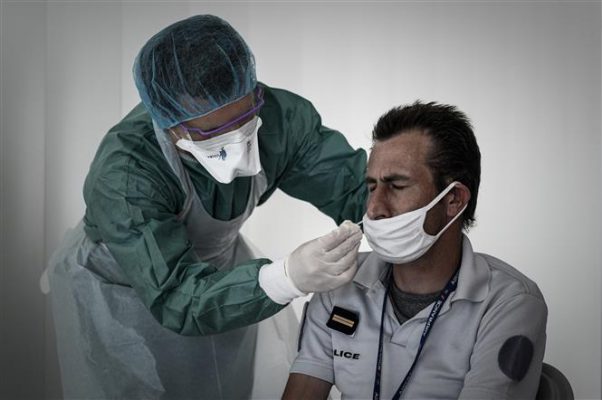 In Europe , British Foreign Minister Dominic Raab on July 26, expressed his support for the government’s decision to impose a 14-day quarantine order against tourists from Spain, which is causing confusion. and anger from many tourists.

The fact that the British Government removed Spain from the list of safe countries for the COVID-19 epidemic was announced on the evening of July 25 and became effective just a few hours later, leaving many visitors. timely response. However, Foreign Minister Raab said that this was a timely decision to deal with the rapidly increasing number of COVID-19 infections in Spain.

Asia: The number of new infections has rapidly increased

Asia is becoming a COVID-19 hotspot with the number of new infections rapidly increasing in many countries. Indian Prime Minister Narendra Modi affirmed that the COVID-19 epidemic in this country will be prolonged. Modi said that although the recovery rate of COVID-19 patients is higher than in many other countries and the death rate is lower, in many places the SARS-CoV-2 virus is still spreading very rapidly and everywhere. who needs to be on high alert.

India’s second phase opening plan (out of three) will end on July 31, but according to senior officials, the government will likely not allow the reopening of schools. in the next easing period expected next week. Subway services will not be resuming anytime soon. In addition, other locations such as gyms, swimming pools and gatherings may continue to be banned.

In South Korea , the National Agency for Disease Control and Prevention (KCDC) said on July 26 that the number of new cases dropped to less than 60, one day after announcing the highest number of cases per day in the country. almost 4 months. Specifically, Korea confirmed 58 additional cases, including 46 imported cases, bringing the total number of cases here to 14,150 cases. According to KCDC, the number of infections in the community decreased to 12 cases on July 26 compared to 27 cases a day earlier. South Korea did not record additional deaths due to COVID-19, with the number of deaths that did not survive here remained at 298.

South Korean Prime Minister Chung Sye-kyun said the country would promote amendments to the law so that foreign patients with COVID-19 have to pay treatment costs amid a surge in the number of foreigners newly infected.

On the same day, North Korea imposed a blockade on the border city of Keasong after it discovered the first suspected infection. If confirmed, it will be the first case of COVID-19 officially reported in North Korea. According to KCNA, North Korean leader Kim Jong-un chaired an emergency meeting on July 25 to deploy “a highest level of emergency and warning system” to contain the epidemic, saying ” It can be said that dangerous virus has entered “into this country. According to KCNA, the suspected case was a person who illegally crossed the border from South Korea to return to the country on July 19. Patient and past contacts are strictly segregated.

In China , the National Health Commission (NHC) of this country announced that there were 46 additional cases of COVID-19, of which 35 were infected in the community. Among the domestic infections, 22 were in Xinjiang Uyghur Autonomous Region and 13 in Liaoning Province, according to the NHC. The remaining cases of the day were “imported” cases, of which 5 cases in Inner Mongolia, 3 cases in Guangdong and 1 case respectively in the areas of Tianjin, Fujian and Shandong.

The Hong Kong government (China) has announced to tighten quarantine exemptions when the territory recorded 128 new cases in the past 24 hours, bringing the total number of COVID-19 cases here to 2,634. that had 18 deaths.

Accordingly, from July 29, Hong Kong will not allow most ships to change crew in this territory. Only cargo ships with a destination in Hong Kong can replace their crew, but sailors will not be allowed to live in the community, but must go directly to the designated quarantine site.

After there appeared to be no infections in the community for weeks, the number of new infections in Hong Kong has tripled a day, raising fears the epidemic is spreading out of control. Since the beginning of July, more than 1,000 new infections have been recorded in Hong Kong, accounting for more than 40% of the total number of cases since the end of January. Health experts have blamed the authorities for the exemption. 14-day quarantine for “special personnel” subjects, including cross-border truck drivers, crew and crew.

In Cambodia , Prime Minister Hun Sen approved the proposal of the Ministry of Health of this country to temporarily suspend flights from Indonesia and Malaysia from August 1 until the outbreak of acute respiratory infections COVID-19 at 2 countries mentioned above reduce.

On July 26, Australian health officials announced that the country had recorded 10 more deaths from the COVID-19 epidemic, the highest number of deaths per day since the epidemic appeared here.

According to a statement from Victoria Governor Daniel Andrews, 10 new deaths have been recorded between the ages of 40 and 80, of which seven have been linked to an outbreak in state nursing homes. Thus, Australia currently records a total of 155 deaths due to the disease. Meanwhile, the number of new cases also continued to increase. The state of Victoria in the Southeast alone has recorded 459 new cases in the past 24 hours, higher than the rate of 357 cases recorded a day earlier. In addition, more than 10 cases were recorded in other localities.